By Throttle RockerFebruary 2, 2017No Comments

In many countries lane splitting is a normal practice for motorcyclists.  Especially, in highly populated countries like Asia and Europe. The only state, currently, to allow it is California. 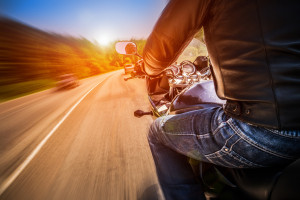 Recently there has been interest in passing legislation to make lane splitting legal in Oregon, Washington, and Montana.  State Senator Jeff Kruse has introduced a bill to allow it in Oregon.  His bill 385 would make it legal at a speed of 20 mph or less if traffic is stopped or slowed to 10 mph or less.  This bill would only apply to certain roadways instead of all roadways.

It is interesting to read what the AMA has to say about this topic.  Here is a direct quote from their site:

Additional resources can be found from the Motorcycle Safety Foundation website:

No matter what happens…

If legislation is passed in these states it is our hope that all motorcycle riders will be considerate and responsible when lane splitting.  Sorry to say there are going to be those who abuse the law.  Remember for the people in the US riding in a cage, this will take some time to get use to.

On a lighter side, when you are heading out for that refreshing spring ride don’t forget to have your Throttle Rocker with you.  It will help you forget about your troubles and wrist pain!