By Throttle RockerJune 30, 2017No Comments

In 1897 George Hendee founded a bicycle production company called Hendee Manufacturing Company.  They carried brand names such as Silver King, Silver Queen, and American Indian.  So began the start to the Indian history.

The Indian became Hendee’s primary brand name.  In 1901 a motor was added so that it could become a pace bicycle for races.  In 1903 company co-founder and chief engineer Oscar Hedstrom rode one of his motorcycles to a new world speed record of 56 mph. The same year, he also won an endurance race from New York City to Springfield and back. 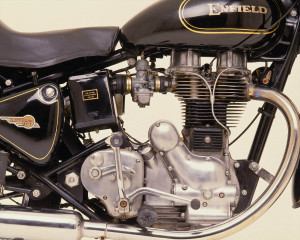 Many will remember the movie “The World’s Fastest Indian” based on Burt Munro’s land speed record at the Bonneville Salt Flats.  It was set in 1967 by a modified Indian Scout going 183.586 mph!

1977 saw Indian Motorcycle closed again, until 1998 when nine companies formed the Indian Motorcycle Company of America.  Production was started again in Gilroy California, until 2003 when the company went bankrupt and ended production.  In 2011 Polaris Industries became the current owners of Indian Motorcycles.

Polaris started the resurgence of the name with new model releases at major motorcycle rallys, such as Sturgis and Daytona.  Today the attractive designs and ride of these motorcycles are becoming a new favorite for many riders.

We are proud to say that our family has owned an Indian motorcycle.  It is exciting to see the new models and interest for this brand.

As with any motorcycle be sure and use your Throttle Rocker cruise assist to help you ride with ease.  No need to twist and hold the throttle, just use a relaxed hand.  An easy ride in the palm of your hand!